WHAT DOES THE NEPALI MENU HAVE TO OFFER?

I love food so much! It’s one of the things we both love most about travelling! We love getting to a place, looking at a menu, and thinking: “what the heck is that!?” (and then swiftly ordering it, of course).

To be honest, most of the time I’m not disappointed. I tend to have better luck than Brenna at choosing the right things to eat and drink!

So, while we travel we go vegetarian, only sometimes having meat at fast-food places where we’re sure it’s just frozen, processed deliciousness. Why? Well, because I have a sensitive gut for one, and the idea of a dodgy belly while being away and constantly on the move is the stuff of nightmares. It’s just not a risk I’m willing to run.

The whole time we have travelled I’ve never got sick. But, Brenna is a little less lucky and has been struck down twice: once in the Philippines (we think she had bad ice in a mango shake) and very recently, at the beginning of our current adventure in Nepal (just after we got back from the Everest Base Camp Trek we were given chicken mo-mos instead of vegetable, and not being the one to complain, Brenna just quietly ate them. 2 days later, she was trapped in the toilet with an empty bin for a sick bucket, and whole load of regret. So yeah, that’s why we avoid meat – and won’t be able to comment on it.

I’m sure you’ve heard the saying “dal bhat power, 24 hour” and if you haven’t… you will, trust me. It’s printed on hats and T- shirts all over Thamel and Pokhara – and even on A-boards outside restaurants. It is very filling, but I don’t think it would keep me going for 24 hours.

Dal bhat literally translates to ‘lentil and rice’. The main components of this meal are (you guessed it) lentil soup, served with steamed rice. However, if ordered in a sit-down restaurant, it pretty much always comes as a ‘Nepal Thali set’, served on a big, metal plate, with lots of small bowls containing the elements to the meal.

These elements differ slightly from place to place. However, there are 4 elements that typically don’t change: steamed rice; lentil soup (dal); a spiced, chickpea popadom style cracker (“papad”); and a mild curry.

The curry comes with the option of vegetable or meat. The meat is usually yak, buffalo or chicken.

If you’re lucky, you’ll get some super spicy pickle (which Brenna really liked – I did not) served on the side, and some sautéed greens (typically spinach or pak choi).

The lentil soup isn’t the most appealing looking, but we both really liked it! It’s quite salty most of the time, but very inoffensive. It’s generally made of just rice, lentils, and a few spices.

I personally think that the curry is the best part! Big, chunky vegetables in a thick, spiced sauce!

All round it’s a very safe, go-to meal! Depending on where you eat, they will probably come around and fill up the rice and dal (soup) back up again for you. Very good value for money if you’ve been trekking and you are really, really hungry (so many carbs – my favourite)!

Where to start? I love these bad boys! Mo-mos are definitely one of my favourite foods of Nepal! They are little oval shaped parcels stuffed with a choice of filling, and then either steamed or fried (steamed was our preferred go-to). They are much like a mix between a Chinese dumpling and a Japanese gyoza.

So, what’s in the filling? I normally went for the boring, safe choice of ‘vegetable’, but they tasted different every time we got them! So, it wasn’t as boring as you‘d think! The vegetables are usually composed of mostly cabbage with some carrot and onion. If you are eating in a more expensive place, you may get broccoli and cauliflower thrown in the mix too. The vegetables are then cooked off in an array of different spices, put inside the parcel and then cooked. Steamed is cheaper by a few rupees, but does take much longer to come out of the kitchen (it’s a good thing though, you know they are making them fresh).

Other popular fillings are: potato and cheese, chicken and buff (buffalo).

Brenna’s favourite mo-mos were a paneer and spinach filling (the best of which we thought we at ‘Spize’ in Kathmandu). They ranked very high on my top mo-mo list too.

All mo-mos are served with a tomato based chutney/sauce on the side, which is sometimes really spicy, and sometimes mild. Personally, I think that’s a huge part of what makes the mo-mos so great and diverse!

Have you ever had a plate of “no name” in Thailand? Well, we like to think of pakodas as Nepal’s version of that!

However, if you’ve never had the joy of ‘no name’, it kind of looks a lot like an Onion Bahji – but not just onions. It’s a mixture of mushed up vegetables, rolled into balls, and then deep fried. Generally, they are served as a portion of 10 or so on a plate.

The vegetables typically consisted of: cabbage; carrots; potato; and onions. A cracking afternoon snack choice (best served with an ice cold San Miguel, overlooking Lake Fewa). Always served with tomato sauce/chutney, normally the same as the one used for mo-mos. It was our go to when we’d go for a cheeky afternoon beer (or 3) in Pokhara.

If you’ve read our epic Everest Base Camp Trek cost guide, you’ll know we spend a lot of money on hot drinks. It was all the fault of our new found love for Masala Chai!

I honestly thought it sounded gross before trying it (when I hear ‘masala’, I think of a chicken tikka masala… which isn’t how I like my tea). How wrong I was! It’s actually a milky tea with many spices added to it (can also be made black – without the milk – to make it vegan friendly/ dairy free). Every single one we have had has tasted different, but the most popular spices added are fresh ginger, cardamom, cloves, cinnamon. I mostly just tasted ginger and cinnamon. So, very yummy!

This is kind of cheating here, because this is a chain coffee shop (which we think sells – by far – the BEST Americano in all of Nepal), but still one of our favourite drinks of Nepal! We both really love our coffee, and even their filtered coffee is nice. You won’t be finding a Starbucks or Costa in Nepal, so this will be your new go-to coffee shop.

A lot of smaller coffee shops advertise selling Himalayan Java coffee beans, as it is the top coffee in the country.

There are a number of stores in Kathmandu, and two in Pokhara – our favourite of which was in Lakeside, Pokhara, and overlooking the awesome Lake Fewa. Most have: WiFi; electrical outlets (with extension leads – so really good environment for travel planning and blogging) and a nice modern, comfy appearance.

Average price for an Americano coffee is about 150 rupees (£1). Yes £1, for really, really good coffee!

Oooh… so yummy! This (typically breakfast item) is very simply, a deep-fried, round, slightly sweet piece of bread.

Tibetan bread is also vegan friendly, with the ingredients being: flour; baking soda; sugar; and salt. This dough is then deep fried. It is a little bit greasy, but really quite good. I like to think of it as a kind of doughnut (without the sugar coating). Very, very filling: this was my typical trekking breakfast (my favourite thing to eat in the morning on our Everest Base Camp Trek). Usually served with (yak) butter and jam/honey/peanut butter.

Although this wasn’t the beer we drank the highest volume of (that was, by far, San Miguel – thank you cheap happy hour!), it was definitely our favourite beer from Nepal.

Introduced to Nepal in 2003, this was our go-to beer when in a sit down restaurant or eating dinner. Available pretty much everywhere, this pale lager is brewed by the Mount Everest Brewery right in Kathmandu. Not the most popular beer on the market, but definitely the best (in our humble opinion of course)!

So, those are our 7 foods/drinks you’ve got to try when in Nepal! We hope you’ve enjoyed the post, and learnt a little something about the Nepali menu!

If you’re heading to Nepal to trek, check out the posts on our epic Everest Base Camp guide here and the VERY in-depth cost guide here. If you’re off to Pokhara, read this before hiking up to the World Peace Pagoda, and this before paragliding. 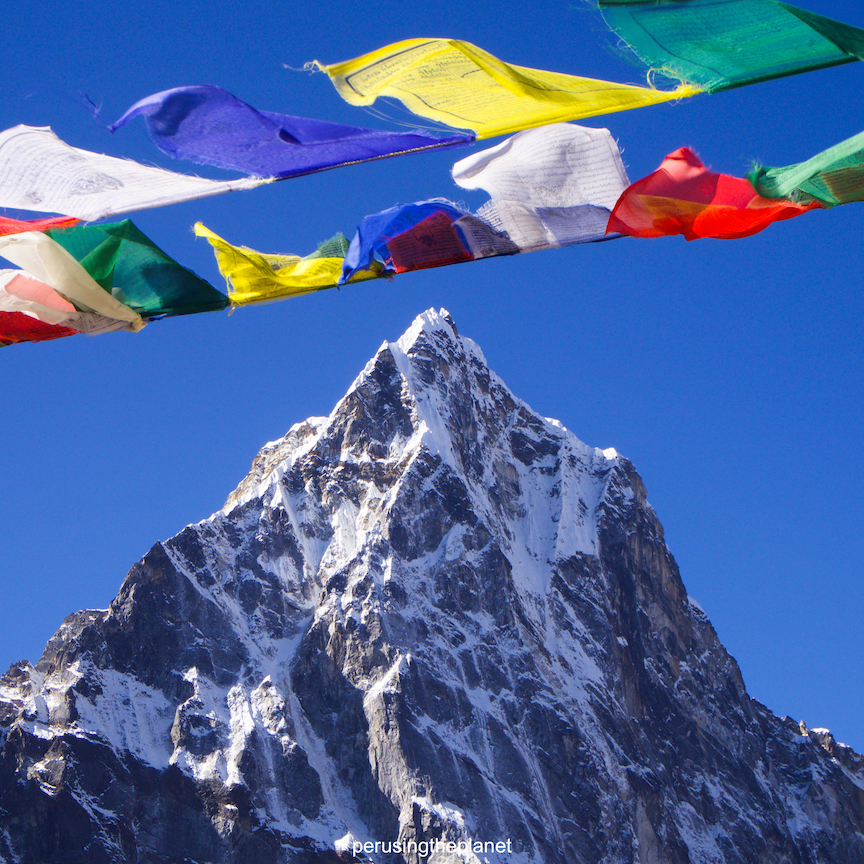 Everest Base Camp Photos to Inspire Your Next Trek

brennadanielle December 20, 2019 11 Comments
15 incredible images to inspire an Everest Base Camp Trek. Let us inspire your next Himalayan adventure with photos from our trek.
Read More 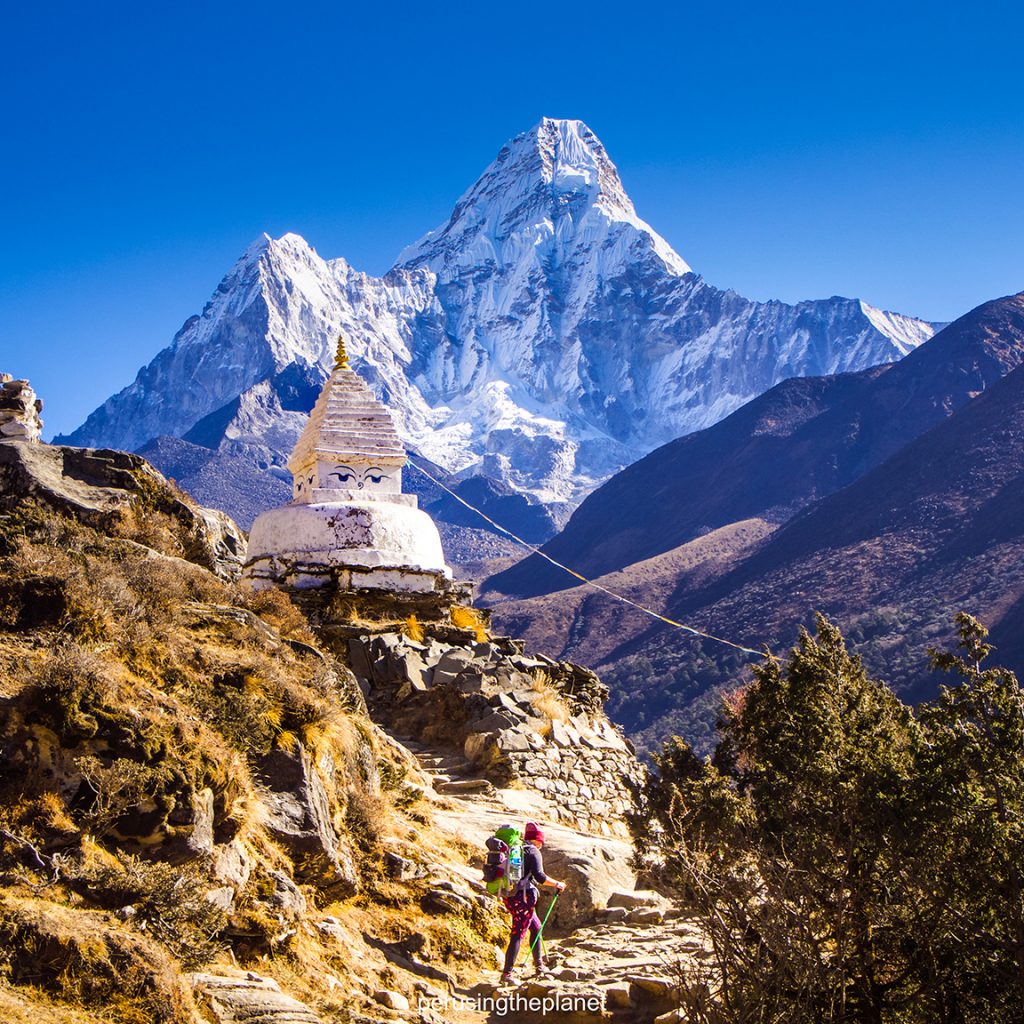 brennadanielle December 19, 2019 8 Comments
17,599 feet – 81 miles – 13 days. The worlds most dangerous airport and altitude sickness. The most comprehensive guide to the Everest Base Camp…
Read More 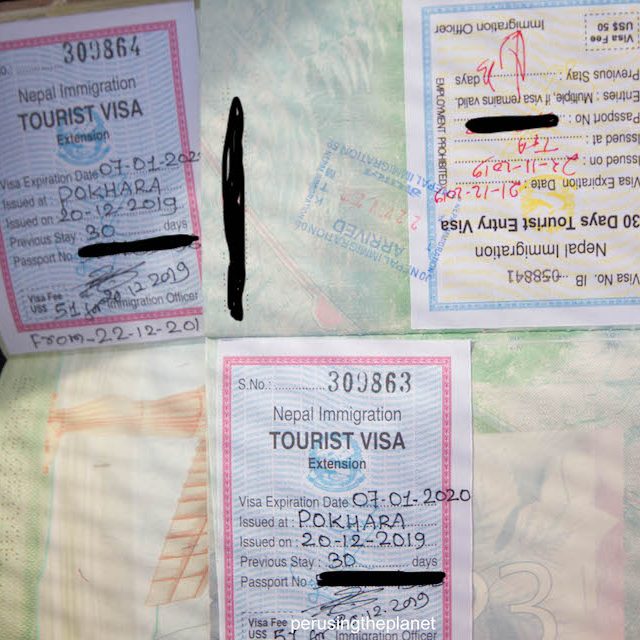 brennadanielle December 20, 2019 2 Comments
How to get a tourist visa extension in Pokhara, Nepal. A step by step guide on extending your tourist visa by 15, 30 or 60…
Read More 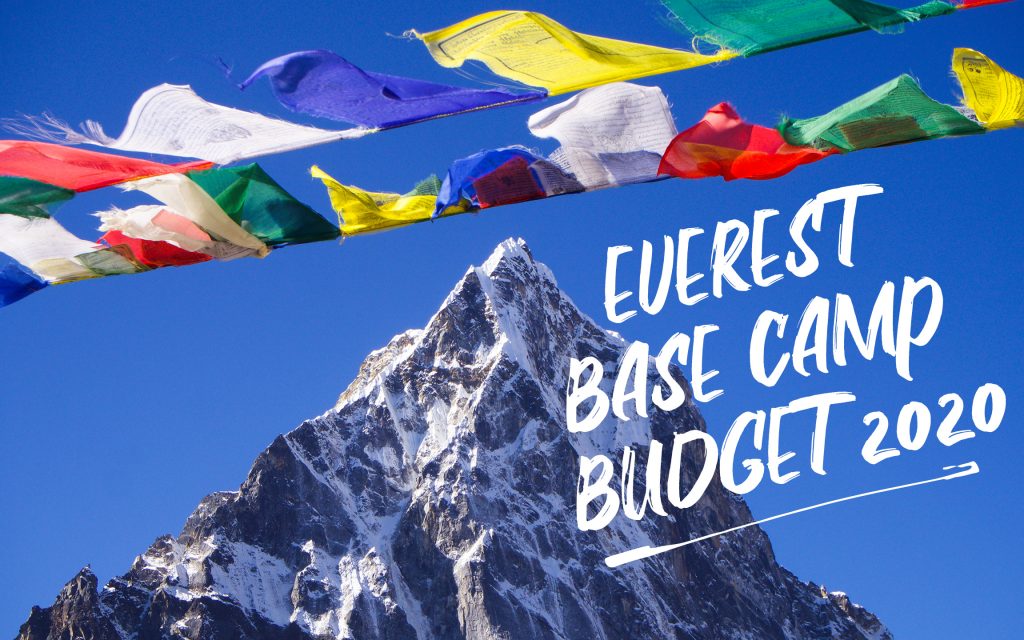 brennadanielle December 16, 2019 8 Comments
A detailed cost breakdown of an independent Everest Base Camp trek cost. The average cost per person, per day and per trek.
Read More 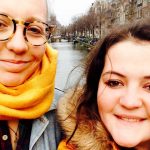 We are Brenna & Danielle, two travel bloggers and photographers from England.
After quitting our jobs in 2017, we backpacked and travelled to over 3 continents, and 20 countries together. We aim to inspire, through our honest and detailed travel guides and advice.
This blog exists to serve as an in-depth guide to many destinations across the globe, but also to inspire travel and adventure in all those that peruse these pages.

2 thoughts on “Nepal Food and Drink – The Nepali Menu” 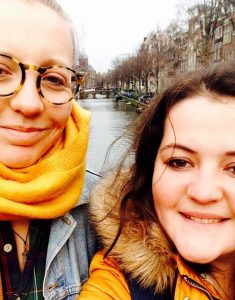 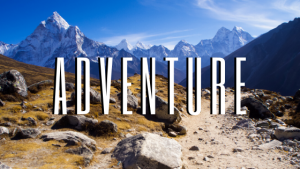 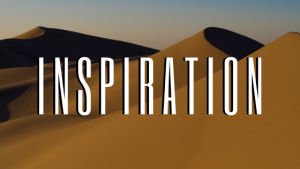 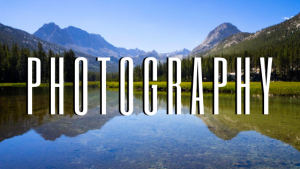 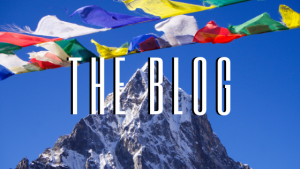